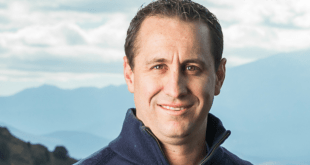 Update on Arrowcreek Middle School: Great news, everyone! Bob Lucey called me on Thursday and we had a lengthy conversation. The supporters of Arrowcreek Middle School have been heard loud and clear. He received over 600 emails in support of the school in the past week! Bob assured me that he and the other commissioners are in support of the school, but that the process of getting the US Forest Service to approve the land grant has to happen before it can be approved for land grating. He was very hopeful that approval from the US Forest Service would happen before the meeting on Tuesday.

Great job to our followers for taking action, and many thanks to Bob for being open to our feedback and for supporting local education!  Here is the original letter.

I’m writing to you as one parent to another. I am also writing as the owner of Reno Moms Blog, someone who manages an online community of 9,800 local parents.

I’m more than a little frustrated that the “public opposition” at a recent meeting has delayed the decision on the permit application for Arrowcreek Middle School. I’m even more upset that parents are being asked to show up in person YET AGAIN to show our support - this time at 10am on a work day/school day.

Here’s the thing that really gets me fired up, Bob. It seems like “public opposition” hasn’t done anything to inhibit the massive development of high-density housing in South Reno. On your website, you say that reducing overcrowding in our schools is one of the issues you champion. But how is it, Bob, that our government is somehow set up that large-scale housing developments get approved, yet the schools needed to absorb the additional students that will be living in those developments are something that people can protest?

It’s absolutely not fair to make these decisions based off of how many bodies each side can get to be physically present at countless public meetings. It’s mostly affluent retirees in the Arrowcreek area that are fighting these schools. They have ALL THE TIME IN THE WORLD to show up to all of your public meetings. But those of us with children who desperately need these schools are pressed for time between jobs, supporting our existing schools, kid activities, helping with homework and feeding and caring for these children that need these schools. We’ve shown up at the meetings. But to continue to ask us to show up over and over again just stacks the cards in the favor of the retirees.

The supporters of Arrowcreek Middle School have signed a petition for you. There were 911 people that signed this petition, Bob. So when you have that meeting on September 18, and you have like 20 really outspoken retirees, I want you to picture those 911 parents and the thousands of students they represent. We are all at our wit’s end that the permit application has not yet been approved. (I find it so appropriate that the number of signatures is 911 — like we’re putting out an SOS call to our local government!)

Need I remind you that 57% of Washoe County voters approved WC-1 in support of building new schools?! We already took the building of new schools to a public vote. We should not have to continue to fight for each individual school to get built. I guarantee that the majority of people who have an opinion on this school are in support of it, Bob. It is our responsibility as adults to ensure that we’re providing a quality education for the students in our county. You can’t keep approving housing developments and not ensuring that we’re providing the schools needed to absorb the additional capacity. That is downright irresponsible. I’m also completely fed up with affluent retirees that care more about traffic than they do about the future of this community.

I encourage you to not only fight for your own children, but all of the children in Washoe County.

It is an election year, after all.

To our readers: Want to submit your own email in support of Arrowcreek Middle School? Find your Washoe County Commissioner here.

Lynnette Bellin is the owner and site manager of the Reno Moms Blog. She is a married mother of a tween girl and a rambunctious little boy. Lynnette moved to Reno in 2001 after choosing to live in a place that she loved for its natural beauty. Lynnette has written four children's books, including The Kindness Ninja and a series of three books called Adeline’s Magical Moments Collection. She has been obsessed with blogging since 2002. She is also on the board of Think Kindness, a local non-profit that inspires measurable acts of kindness. Lynnette loves to experience the outdoor adventures in our area, including skiing, hiking, camping, and open water swimming. She is especially thrilled to have her kids starting to love the same hobbies, and spends a lot of time shuttling them to the pool, Lake Tahoe or the ski area depending on the season. Lynnette’s life is a blur of kid activities, mediating sibling arguments, making homemade meals, and hugs and kisses, mixed with days of working in content marketing.
Previous The Great Balloon….Card Collection!
Next What You Need To Know About Sex Trafficking in Reno Newton Learning Center: A School Where My Son and Daughter Thrived