Home / Health / Waking Up With Shingles

Waking Up With Shingles 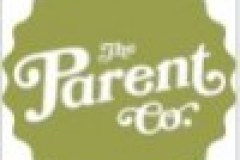 That is, until a couple of days later, when it woke me up at 2:00 a.m. with sharp, searing pain shooting through the nerves in my leg. Some time spent on the Internet left me pretty much convinced I had been bitten by a brown recluse spider and that I was probably going to have to have my leg amputated.

Daylight research, however, taught me that brown recluse spiders don’t actually live in Nevada. On a somewhat related note, they might want to make it so WebMD.com can’t be accessed between the hours of 1:00 and 3:00 a.m.

Understanding that there are other ways besides the Internet to diagnose symptoms, I made a trip to Urgent Care that morning, where I found out I had shingles.

I guess it shouldn’t have been a shock since I have all of the pre-existing conditions – I am an adult and I had chickenpox as a kid. So the majority of adults already have the virus that causes shingles.  According to my friend, WebMD, “Shingles occurs when the virus that causes chickenpox starts up again in your body. After you get better from chickenpox, the virus “sleeps” (is dormant) in your nerve roots. In some people, it stays dormant forever. In others, the virus ‘wakes up’ when disease, stress, or aging weakens the immune system.”

No, not fun. Shingles hurts like a colony of fire ants burrowing out from the inside of your nervous system. The rash is just the outward manifestation of the inside pain. Though that doesn’t stop it from looking completely disgusting and itching like crazy. And some people get this on their face!

Though the official diagnosis was better than the one that had been playing in my head (no leg amputation!), it did mean some maneuvering of schedules. Knowing shingles can be contagious, I worried about my sons. Did this mean I had to send them to their dad’s for the weekend? No, because shingles cannot actually be passed from one person to another, but the virus that causes shingles can be spread from a person with active shingles to another person who has never had chickenpox. In these cases, the person exposed to the virus might develop chickenpox,

Considering both of my sons have been vaccinated against chicken pox, no worries there.

My 2-year-old niece, who I had planned to babysit that weekend, was another story. To double-ensure her protection, her mother and I agreed I would have to wait to spend time with her. As I was also potentially dangerous to anyone who hadn’t had been vaccinated against chickenpox, pregnant women, the immuno-comopromised and babies, I stayed home for two days. Luckily I work at home, but I had to miss three events on that Saturday. Three!

I lucked out. The searing pain only lasted a couple of days after I started on the medication. And, like I said, I can’t see the rash. I have heard stories, though, of this lasting weeks and weeks.

And did I mention you can get it on your face?

The image at the top of this post is what the rash looks like.  If you think you have it, get to the doctor — stat. There are meds that can help with pain and minimize symptoms. And if you have kids, make sure they’re vaccinated against chickenpox. What an easy way to save them from this nightmarish pain! 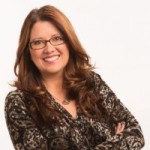 This post was written by Jackie Shelton.  After a 25-year career in the communications industry, Jackie Shelton still has a hard time focusing on one particular aspect of it, so she’s stopped trying. As Vice President of Public Relations for the Estipona Group, she gets to handle media and community relations for clients ranging from governmental agencies to healthcare and higher education providers. A graduate of the University of Nevada, she formerly published two of the Northern Nevada region’s premiere publications, RLife and Family Pulse. In addition to her magazine work, she has been published in Chicken Soup for the Soul (twice!) and 365 Scary Stories, a Barnes & Noble anthology. As much as she enjoys her work, she gets the most fun out of hanging out with her two boys, though their receptiveness to that changes by the day. Teenagers, am I right?

This post is brought to you by Reno Moms Blog Community Partner Immunize Nevada.

Previous Amelia Bedelia, Please Share the Bed
Next Why Water Wings are the Devil