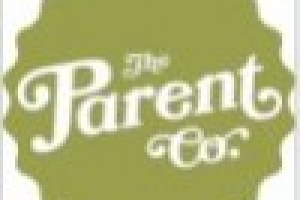 When I was 19, my 14-year-old cousin killed himself. My uncle is a paramedic and he was on the receiving end for the 911 call – to his own house.

I was incredibly close to my cousin. My uncle was a single dad with custody and my cousin therefore spent a lot of time at our house as we had the time, the playmates, and the female presence to help balance things out a bit. My uncle later married a wonderful woman who called my cousin her own. He was an amazing baseball player and the entire small community was certain he’d go pro. He had so many friends and a loving family. He left no note; he never seemed depressed or sad. It was sudden and dramatic and to this day, we all still wonder WHY.

Eleven months later, another 14-year-old cousin – this time on my mother’s side of the family – also killed himself. He, too, never seemed sad or particularly unhappy. Although I wasn’t as close to this cousin (he was a step-cousin married in to the family) it didn’t matter: the wound that was just barely beginning to heal violently tore open and shook us all to the core.

I witnessed what my family went through twice within a year. My parents and brother, my uncles and aunts, my cousins, my grandparents. So many people impacted. So many tears. So much anger, grief, and despair. Despite the grief I felt then, it wasn’t until I became a mother myself that I had any true concept of what the parents of these two boys endured.

I imagine they wondered what they had done wrong and if they somehow caused this. I image they analyzed every time they’d disciplined their sons, every time they were too tired or busy to listen, every time they failed to take tears and unhappiness seriously. I understand all of this and the self-doubt they must have experienced because I’ve been wondering these things now too.

That is so hard to say (hence the anonymity of my post). Depression has such a stigma; with the recent apparent suicide of Robin Williams and the unearthing of his own personal depression the topic is a difficult one. We all know someone who has been depressed (maybe even yourself). We all likely know someone who’s gone through the horror of suicide. But the thought of putting the words like “depression, suicide, and children” in the same sentence seems too awful to comprehend.

Depression isn’t something someone can shake off; it’s not something that can be wished away. It’s a disease, every bit as real as diabetes or cancer, and like those diseases, it’s not something anyone would ever choose. And it happens to children. Every. Single. Day. The American Academy of Child and Adolescent Psychiatry (AACAP) estimates that as many as one in 20 children and adolescents are depressed – that’s almost one child in every classroom.

Kids and adolescents get unhappy. They cry, they get mad, they have bad days. But how do we as parents know when it’s something more and not a normal part of childhood or puberty? From about the time my son was five, we began “walking on eggshells” around him. We never knew how something would affect him: would he get mad and yell? Cry? Think it was fun? Not want to participate at all? More often than not he was a seesaw of anger and despair. I just assumed his volatile personality was just who he was and didn’t know it could be a symptom of something.

Beyond being easily aggravated with rollercoaster emotions, our son became extremely withdrawn. He no longer wanted to be with his friends; he refused offers to hang out at friends’ houses and preferred to be alone. The few relationships he had were filled with difficulty: the friend always did something wrong, was weird, or said something that made him uncomfortable (which we later discovered simply wasn’t true). His grades began to drop; our once straight A student now struggled to earn Bs. He often had a headache or a stomachache and had to go to bed early because he didn’t feel well.

Life is crazy, we as parents all know it. Between working, being a parent, and trying to maintain a level of sanity, these calling signs for childhood depression seem clear as day now…but then, they just seemed like life and the curve balls that it throws at us.

When things didn’t get better, when his rocky emotions lasted weeks (months and years, I’ll admit it) and not days, I began to worry that something was wrong. It wasn’t until I held him in bed one night while he wept – not cried, but positively wept – in my arms and said, “Mom, I wish I could be like you. I just don’t know how to be happy.” That was the breaking point. That was when I finally realized my instincts were right. This wasn’t some phase; this wasn’t going to pass. He needed help, and needed it fast.

To make matters worse, our son was extremely upset when we first told him we were seeking help from a doctor who specialized in helping kids who feel sad. He lashed out and said, “I’m your first child. You guys aren’t raising me right. You screwed up and did something to make me like this.” Talk about voicing my darkest fears. Was he right?

In the very first session with our son’s psychologist, he said “You did not cause this. This is not your fault. It is something hardwired in his brain and something we need to help him cope with.”

Despite his reassuring words, seeking help for our son was one of the hardest things we’ve done. It felt like admitting defeat and saying “I’m not capable as a parent.” We’ve provided for every need this little man has had since I first discovered I was pregnant; we’re his parents, that’s what you do as parents. It is incredibly difficult to realize there are some things your child might need that you simply can’t help with.

We’ve now had three sessions with the psychologist and things are a tiny bit better for my son. It’s a long path, but one we will walk with him every step of the way, encouraging him, and doing what we can to help ease that dark cloud that covers his heart. The greatest gift we can give him is happiness. It’s been such a shock to realize that happiness doesn’t necessarily come with the simple things: food, shelter, love. In his case, happiness requires more work and it is work we’re definitely ready to take on as a family. In the meantime, we’re taking his depression very seriously and not writing it off as something that only happens to adults. The death of my two young cousins proves exactly that. Suicide is the third leading cause of death for 15-t0-24-year-olds and the sixth leading cause of death for 5-to-14-year-olds. These statistics are terrifying.

Aside from my story, parents, please trust your instincts. If your child or adolescent is experiencing one or more of the following, realize they are signs of depression. If they persist more than a few days and appear to be affecting your child’s day-to-day activities, seek immediate help. Talk to your pediatrician and request a referral or appointment with a mental health care practitioner.

As per the American Academy of Child and Adolescent Psychiatry, signs of depression in kids include:

For information on how to talk to a child about depression or where to find help, contact the National Association of Mental Illness. For further information about childhood depression, refer to the American Academy of Child and Adolescent Psychiatry.

If you, or a family member, need immediate help, consider reaching out to these resources:

Some things you just don't want to say on the Internet and have it associated with you for the rest of your life. Some things are controversial. You may not want to offend your friends or family members. Mom Confessions is your outlet to vent and start a conversation with other local moms about things that feel too raw or risqué to say in a public forum with your name attached to it. If you have a submission for Mom Confessions, submit it here. Your secret is safe with us!
Previous RMB’s Favorite Things In The Kitchen
Next “Do You Think They Like Us?”: The Importance of “Dating” Other Couples