Home / Parenting / Discipline / Why Doesn’t It Take a Village Anymore?

Why Doesn’t It Take a Village Anymore? 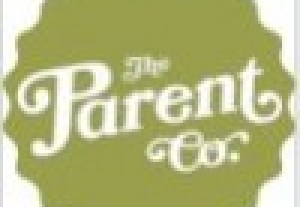 Ah, the public park.  Before having children, I never understood the deep politics that go along with an afternoon play date to the park (and, to be frank, I didn’t care).  But now with two rambunctious boys and a work-at-home career, afternoon play dates are very much a part of my life, and I end up becoming a little more imbedded in the park mommy drama than any sane person would care to admit.

One particular day stands out in my mind.  I was with another woman while our kids expended some much-needed energy at one of the many public parks in the South Reno area.  Engaged in a conversation about something apparently not worth remembering, we looked up just in time to see another mother scolding this woman’s child about pushing.  Apparently, the little girl shoved a smaller girl out of the way, leading to tears.  The mother of the smaller child told the offending girl to be more careful and not push other kids, especially kids smaller than you.   But it wasn’t the toddler’s mother scolding the older girl that shocked me, it was the woman I was talking to.  She glared at the smaller girl’s mom, shooting icy daggers of death from her eyes, and turned back to me.

“Can you believe how rude that woman was?  What right does she have to scold my child?” she huffed.

“Well, your daughter knocked hers down.” I said.  This was painfully obvious.  The toddler was still crying.

Apparently I was not meant to argue with her.  “She still has no right to scold my little girl.”

“Ok, but your daughter pushed hers down.”

“It’s not her place to discipline my daughter.”  The icy dagger-eyes were now being directed at me.

Obviously, I had brought out some deranged mother polar bear in her, and since I didn’t feel like engaging in fist fight in one of my local parks, I gracefully pulled the “Well, look at the time…” move and bowed out.

But the incident stayed with me.  Why was that mother more upset at the woman who reprimanded her daughter than her daughter pushing another to the ground?

Once upon a time, you were allowed to call out negative behavior in kids without risking the wrath of little offender’s parent.  But, as a society, we’ve grown reluctant to correct other’s children, even though we may witness them doing something bratty.  Instead, we curtail, either by moving our children away “Play with the swings way over here, Johnny” or giving exasperated looks to the other kid’s parents “Do something!” of which they most often ignore.

No one wins when you as the parent are the only person allowed to call your child out for bad behavior.  As a parent, you lose.  You cannot see and know all (no matter what you may tell your kids).  You will miss your child doing something rotten.  In those instances, you need your teammates, your fellow parents, to pick up the slack, tell your child not to act that way, and let you know what happened. Your child loses, since they now believe that they’re free to act like terrors as long as mom doesn’t see.  (And guess what?  They do.)  Most importantly, society loses.  We end up raising a generation of bratty children who think that mom and dad are the only people they have to listen to and thrust these maladjusted hoodlums onto public school teachers, coaches, and someday, future bosses. Hooray for us.

No matter what that hyperactive mama bear inside you says, it still does “take a village” to help teach children how to become productive individuals, and that means letting another parent call your child out for bad behavior you might miss.  Obviously, if anyone touches you child, let the claws come out. But your cub will not be permanently scarred from a verbal reprimand by someone other than you.

So please, next time your little angel knocks a baby to the ground or bites another child for not going down the slide fast enough, instead of getting upset at the parent who told your child no, direct that anger where it belongs —  your child.

Lauren Bradfield is a Nevada transplant from the Great California Migration of the 1990′s, where her family moved to Incline Village. She attended UNR and graduated with a BA in English Writing. Shortly after, she and her now husband moved across the world to begin an adventure with the US Government where they lived in multiple countries and did cool things that she can’t openly discuss. All that came to a head during the Arab Spring Uprising in 2011 when they were evacuated out of Tripoli, Libya under gunfire. Realizing this probably wasn’t an ideal environment to raise a family, they left the government and moved back to Reno in 2012 to work in the family business and hopefully rule the world (she kids, but seriously…). Apparently, leaving Reno and moving back once you have kids is a common trend since a majority of their college friends have done so, proving that Reno truly is the best place to raise a family. Now Lauren is mom to two crazy boys and a labrador retriever who has decided that he will remain a puppy indefinitely. Lauren loves to travel, write, read, pretend she’s amazing at pilates, eat high-gluten foods, and basically anything that gets her more involved in Northern Nevada.
Previous The Key to Having it All
Next Back-to-School Donations needed for Washoe County School Children