Home / Health / Child Safety / Mom Confession: Why My Children Will Get the HPV Vaccine

Mom Confession: Why My Children Will Get the HPV Vaccine

There has been a lot of controversy surrounding the Human Papillomavirus (HPV) vaccine.  Many parents think that vaccinating their children for a sexually transmitted disease (STD) is encouraging them to have sex.  I want to share with you today why I can say with absolute certainty that I will be getting this vaccine for my two sons and my daughter.

I didn’t know much about HPV until I got it myself.  I waited a LONG time for my first sexual encounter.  In fact, when I finally lost my virginity in my mid 20s, it was to a man that I believed was my soul mate.   I am an educated and risk averse person.  I grew up in the Bible Belt.  I was as safe and prepared as could be.  We always used protection.

That is why, about a month after that first encounter, I was shocked to find bumps on my nether regions.  I promptly went to my OB-Gyn, and after a pap smear, I was diagnosed with HPV. 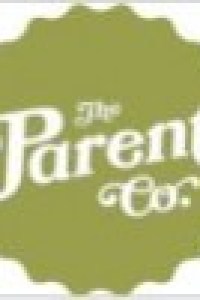 I was devastated.  I couldn’t believe that I abstained from sex for so long while my peers were more reckless, and in my first sexual encounter ever, I got an STD.  But what was more shocking, was that I had closely inspected my partner, and he had no outward symptoms of any STDs.

When I called him in tears to tell him the news, he was quiet, and then admitted that he had contracted genital warts several years prior from another woman, but once the warts went away, he didn’t think it was contagious anymore.  That was where he was wrong.  Even if you don’t show symptoms, you can still infect future partners.  He was a carrier.

But we used a condom!  Did you know you can still get HPV when using a condom?  It just takes skin contact down there…  Which happens even with a condom.

I was inconsolable.  The more I researched, the more afraid I became, as I learned certain strains of HPV cause cancer.  There is no way of knowing if the strain I had was the kind that would cause cancer or not.  I still feel like I’m living with a potential time bomb inside of me.

The treatment for the HPV was also miserable.  I had cryotherapy, where the doctor froze the abnormal cells on my cervix and on my vulva.  It was painful.  Tears dripped from my eyes the entire procedure.  My body then shed liquid afterwards for almost a month.  That man I thought was my soul mate turned out not to be.  I then had to have the uncomfortable and humiliating conversations with future partners about my history with HPV.

When I heard that an HPV vaccine was available — first for girls, but then for boys, I knew immediately that I would get this for my children.  I will have an open conversation with them that this is protection for the rest of their life, and that it is only protecting them from one of many potential STDs.  It is not a permission to have sex, but lifelong protection from a virus they will likely encounter at some point. Considering the prevalence of this particular STD, and how men can be unknown carriers, and it can cause cancer in either gender, you can bet my children will get the vaccine as soon as they are old enough.  I want to spare them the pain that I went through, even though I did everything “right”. Why take risks with their health if science has provided some protection?

I hope my story today will cause you to consider this vaccine for your own children — boys AND girls.

Here are some statistics that illustrate the risk and prevalence of HPV:

Health experts estimate that there are more cases of genital HPV infection than any other sexually transmitted disease (STD) in the United States. According to the American Social Health Association, approximately 5.5 million new cases of sexually transmitted HPV infections are reported every year, though 6.2 million new infections are estimated to occur. At least 20 million people in the United States are already infected — most of them may not even know it.

Several types of cancer are associated with HPV:

Details about the vaccine:

HPV vaccines are given as a series of three shots over 6 months to protect against HPV infection and the health problems that HPV infection can cause. Two vaccines (Cervarix and Gardasil) protect against cervical cancers in women. One vaccine (Gardasil) also protects against genital warts and cancers of the anus, vagina and vulva. Both vaccines are available for females. Only Gardasil is available for males.

HPV vaccines offer the best protection to girls and boys who receive all three vaccine doses and have time to develop an immune response before being sexually active with another person. That’s why HPV vaccination is recommended for preteen girls and boys at age 11 or 12 years. (Source)

What are your thoughts on the HPV Vaccine? Does your opinion differ for boys versus girls? RMB wants to know!

Some things you just don't want to say on the Internet and have it associated with you for the rest of your life. Some things are controversial. You may not want to offend your friends or family members. Mom Confessions is your outlet to vent and start a conversation with other local moms about things that feel too raw or risqué to say in a public forum with your name attached to it. If you have a submission for Mom Confessions, submit it here. Your secret is safe with us!
Previous How to Save Time and Money with Meal Planning
Next RMB ‘s Best Beach Reads