Welcome to “Dad’s Man Cave,” a new series from Reno Moms Blog. Look for these posts on the second Friday of every month, sharing parenting perspectives, humor and advice from dads we know and love. Our second post in the series is from Andy Simpson, husband to Reno Moms Blog Contributor Vanessa Simpson of Focus in Photography. Batter up, Andy! 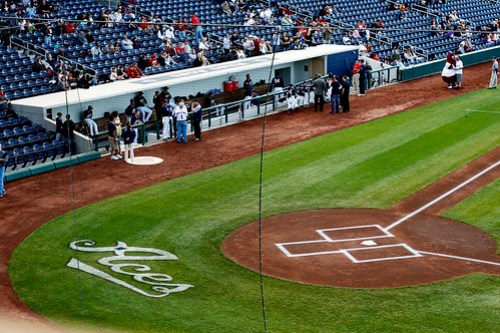 Like most kids, I grew up playing little league baseball.  I was, unfortunately, not very good at it. Nevertheless I enjoyed the sport, and if anything, I respected those that could play the game well.  I collected baseball cards, trying desperately to get the Mark Maguire rookie card, but somehow I could only end up with doubles and triples of Chilli Davis and Will Clark.  That was okay, though, because they made for great motor sound devices on my Roice Union BMX bike.

On occasion, my Dad would take me on a drive from our suburb on the Peninsula into San Francisco for a Giants game at Candlestick Park.  As a kid I loved going to “The Stick” for a game, or at least I did until about the seventh inning when the wind would pick up and the fog would roll in over the stadium.  I have a lot of fond memories of these  games like how awesomely huge the park seemed to me, the massive roar from the crowds,  the Giants not being a very good team and hot dog wrappers swirling around the stadium.  I don’t think I could point to just one thing that I liked the most about these games, it was the combination of the sights, sounds and the smell of hotdogs or maybe just getting to spend one on one time with my dad.  Most of all, I just remember them as being fun. 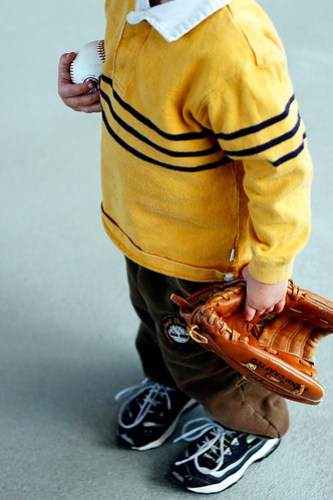 Somewhere in my adulthood, I grew disinterested in baseball as a sport. It seemed every player I grew up with was testing positive for performance enhancing drugs (PEDs).  Some would call them cheaters; others would say that it’s part of baseball now.  For me, it just seems like money has ruined certain aspects of professional ball.  There are big bucks in the game and there’s probably no turning back.

Every year I read about some up and coming player getting a crazy contract for an insane amount of money, only to find two years down the road that he tested positive for taking PEDs to recover from an injury.  Do I blame the guy for taking enhancers?  In some ways I don’t.  But, sometimes I do stop and think about it and I suppose that it sort of moves me further into the category of, disenfranchised fan.

However, now that Reno has the Triple A Aces team, I am quickly beginning to change my opinion on baseball, at least at the semi-pro level.  We’ve been to a handful of these games with our five-year-old son and have consistently had a good time.  In some ways, it has rekindled my interest in the sport.  I especially love how excited my son gets when I tell him we’re headed to an Aces game.  I can just see the wheels turning in his mind: “First, I’ll get Dad to buy me a hot dog and some Red Vines, then I’ll eat some peanuts. Maybe I’ll catch another foul ball.” There’s been a couple times when we went out to dinner beforehand and he wouldn’t eat, insisting he wasn’t hungry…only to get into our seats and I hear, ” I am waiting for my hot dog.” 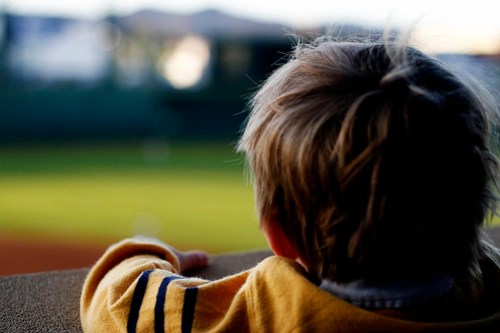 I have to be honest, the game as an entertainment experience is way different on the Triple A level versus the Pros.  But I kind of like it.  First of all, you’re not totally overwhelmed by crowds, and it is way too easy to get a brat and a beer.   Sometimes, my son just wants to go in the bounce house or play on the grass hill above the bullpen which just adds another dimension of fun for him while at the game.  When you aren’t paying $10 dollars for a drink and $15 for nachos, I feel like it’s more of a family experience than the Pro games, and definitely less expensive.  Half the time, I don’t know the Reno Aces players’ names, and I guess I mostly don’t care.  Going to an Aces game is simply a good time.  And the experience and the memories I am making with my son are invaluable for both of us.

Previous Simple Pleasures: Things I Miss from My “Pre-Mom Days”
Next I Never Knew I Was So Passionate About Gender Stereotypes Until I Had Kids

Back to School Could Mean Back to Vaping